How does one handle and affirm uncertainty when the dispersion of the image and the decisive being force upon us the realisation that we are too weak to resist? For we consider as hazy or strange beings or situations that do not clearly express their existence, which are consequently condemned to exclusion from society. This means that studying uncertainty is very important, not only in cinema, but also in the current situation, for the affirmation of its power could make it possible to transform the system of oppressive majority perception and allow us to live freely, without being defined by others and with no need to be useful and making allowances. Is isolation in a manor the only solution offered to Michel, the protagonist struggling against a physical and spiritual fragility? His wife, Katia, from whom he is separated, still pays him regular visits, even so, but that does not seem to overcome the lack of communication and expression of feelings that has long come between them. They try to be honest and to understand each other but are lost and uncertain. With spring about to come, can it traverse the protagonists whose situation is not improving? How can one find a subtle way out? Does it come naturally, or do you have to grasp it? 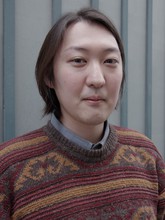 Born in Japan in 1990, as a school student Toshihiro Nobori began frequenting cinemas and reading the writings of the critic Shigehiko Hasumi, which stimulated his interest in French structuralist theory. From then on, he was constantly trying to link theory and cinema, exploring new forms of cinematic expression informed by philosophy, a discipline in which he has a master’s degree from the Université Paris 8. His reseearches have concentrated mainly on the deconstruction of the classic processes of representation and the foregrounding of uncertainty as a procedure questioning so-called “western” aesthetics and perception.